Does your pharma supply chain need a two-way radio network?

In recent years, pharmaceutical outsourcing has grown in popularity amongst drug developers – and much of this is down to increased consumer demand, stringent regulations and new technology.

For many developers, it’s now more cost-effective to use contract manufacturing organisations (CDMOs) with wide capabilities. This enables pharmaceutical companies to generate savings by utilising the expertise and assets of CDMOs to cut production costs.

However, whilst CDMOs are able to provide both infrastructure and technology that enables drug developers to scale production significantly – maintaining and enhancing the supply chain once the drugs are made and shipped to a warehouse remains a challenge.

This is where communication tools such as two-way radios can really benefit CDMOs. These solutions are cost-effective, scalable and capable of being integrated with existing systems; providing both productivity boons and the much-needed visibility CDMOs need in light of new regulations.

But when do you need a two-way radio network for your pharma warehouse operation? In this blog, we’ll share four signs it’s time for you to reconsider your warehouse’s communication.

You have no real-time communication

The ability to communicate in real-time is no longer considered a “nice-to-have” but a business essential. This is especially true in the pharma sector, where any delays in communication could lead to life-saving medicines not being shipped!

With this considered, it’s in the best interest of CDMOs to ensure everyone – from warehouse supervisors to delivery drivers – is able to communicate as and when they need to. This includes team communication, cross-team communication and site-wide announcements.

By implementing two-way radios and using them at every point of the supply chain (and better yet, enhancing their capability through technology like WAVE Push-to-Talk or Radio over IP), it becomes possible to communicate with every operator from any location. This is because two-way radio networks are not reliant on mobile towers for signals, they use repeaters. Repeaters receive and send two-way radio signals simultaneously, retransmitting them at a higher power which enables them to cover greater distances. This ensures maximum coverage and uptime.

So at any time, site supervisors can quickly and easily get in touch with different teams across a single site, multiple sites or an entire region. It depends on the scale of the two-way radio network.

You can’t scale your communications network

Most communication networks are built in a piecemeal fashion – organisations acquire the core functionality they need and add to it with independent solutions as and when certain capability is required.

Whilst this approach works (for a time), it often means that organisations end up with a mismatch of communication devices and solutions. These solutions will have been (and at a considerable expense to the organisation) configured to work together but scaling them would require a complete overhaul.

To add further complexity, it may be that workers within the organisation are accustomed to certain communication devices and methods, and the prospect of changing it doesn’t sit well with them.

WAVE PTT instantly connects teams across different devices, networks and locations – all it needs to work is WiFi connectivity. For mobile and laptop users, they just need to download and install the application. It’s that simple.

And, aside from the incredible coverage offered by this technology, the cost of deployment is relatively insignificant; the only thing that needs to be paid for is the subscription. No equipment required. The money saved can then be reinvested into other areas of the pharma supply chain to improve efficiency.

You can’t allocate jobs or tasks in real time

In the fast-moving world of the pharma supply chain, it’s important to be able to allocate tasks and jobs in real time.

The wheels must keep spinning; there shouldn’t be any delays between the receipt of medicine shipments to them being moved to inventory. Likewise, if a medicine batch or shipment is missing, that needs to be addressed immediately.

However, when CDMOs rely on mobile phones and laptops to organise teams, communicate and issue tasks and jobs, it’s a given that workers will fall behind. After all, these devices aren’t designed for constant, real-time communication and are reliant on a mobile signal to actually receive information. What if the pharma warehouse has signal blackspots?

Two-way radio networks easily resolve these issues through job ticketing and repeaters. Job ticketing allows supervisors to create, assign and track tasks across the radio network. These jobs can be sent to a user’s two-way radio (or mobile or laptop if they are using WAVE PTT) where they can then be accepted, declined or finished with a click of a button. Job information can be captured as well, enabling supervisors to create reports and identify bottlenecks.

The traceability of medicines is a major concern for CDMOs, pharma organisations and regulatory bodies. As a result, being able to identify where medicine has come from and where it’s due to go is crucial.

For many CDMOs, the main issue is visibility after the medicines leave the warehouse. Often medicines are stolen in transit – but sometimes thieves gain access to the warehouse itself.

Two-way radios can really help here. Not only are these devices communication tools but they can also be used to provide location mapping (internally and externally) as well as patrol routes. GPS tracking allows supervisors to check in on workers and drivers, ensuring they follow designated routes, as well as use ‘geofencing’ alerts to ensure workers stay within designated areas.

Also, using TRBOnet’s Guard Tour, for example, supervisors can set up routes that radio users have to follow at correct intervals. Each route includes a number of checkpoints. Failure to be at these checkpoints at certain times will trigger and alarm.

How can Kestrel Communications help?

If you’re looking for a bespoke two-way radio network or want to improve the coverage of what you have already, we can help.

Our staff are highly experienced and knowledgeable, so we’re confident we’ll be able to help devise a suitable system for your operation. 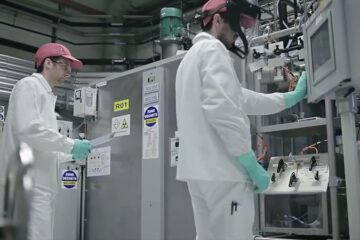 Combatting theft in pharma through two-way radio systems Despite advancements in fulfilment and tracking technology, pharmaceutical theft remains a major challenge for organisations across the globe. Based on data from the British Standards Institution (BSI), Read more… 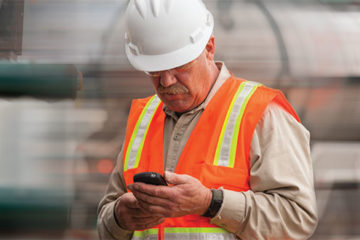 Without the right communication tools, construction workers are putting themselves at risk When it comes to the use of consumer-grade mobile phones, industry experts are all in agreement: they’re distractions and potential hazards. And yet Read more… 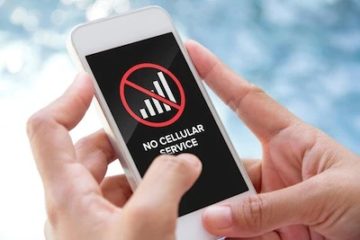